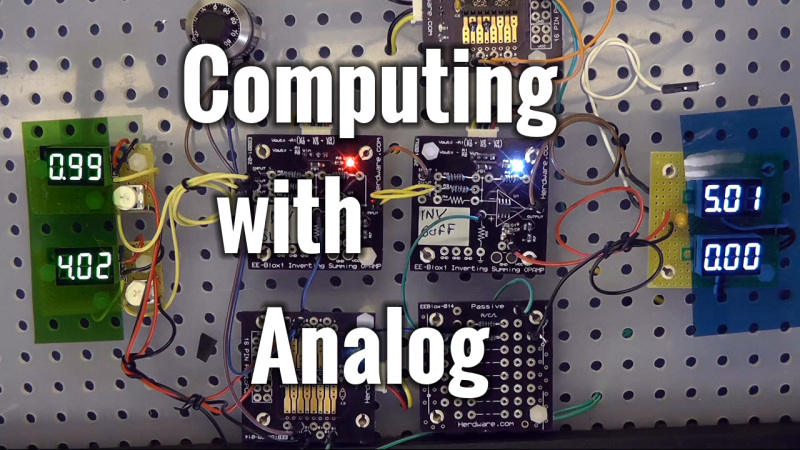 When I was young the first “computer” I ever owned was an analog computer built from a kit. It had a sloped plastic case which had three knobs with large numerical scales around them and a small center-null meter. To operate it I would dial in two numbers as indicated by the scales and then adjust the “answer” by rotating the third dial until the little meter centered. Underneath there was a small handful of components wired on a terminal strip including two or three transistors.

In thinking back about that relic from the early 1970’s there was a moment when I assumed they may have been using the transistors as logarithmic amplifiers meaning that it was able to multiply electronically. After a few minutes of thought I came to the conclusion that it was probably much simpler and was most likely a Wheatstone Bridge. That doesn’t mean it couldn’t multiply, it was probably the printed scales that were logarithmic, much like a slide rule.

Did someone just ask what a slide rule was? Let me explain further for anyone under 50. If you watch the video footage or movies about the Apollo Space Program you won’t see any anyone carrying a hand calculator, they didn’t exist yet. Yet the navigation guys in the first row of Mission Control known aptly as “the trench”, could quickly calculate a position or vector to within a couple of decimal places, and they did it using sliding piece of bamboo or aluminum with numbers printed on them.